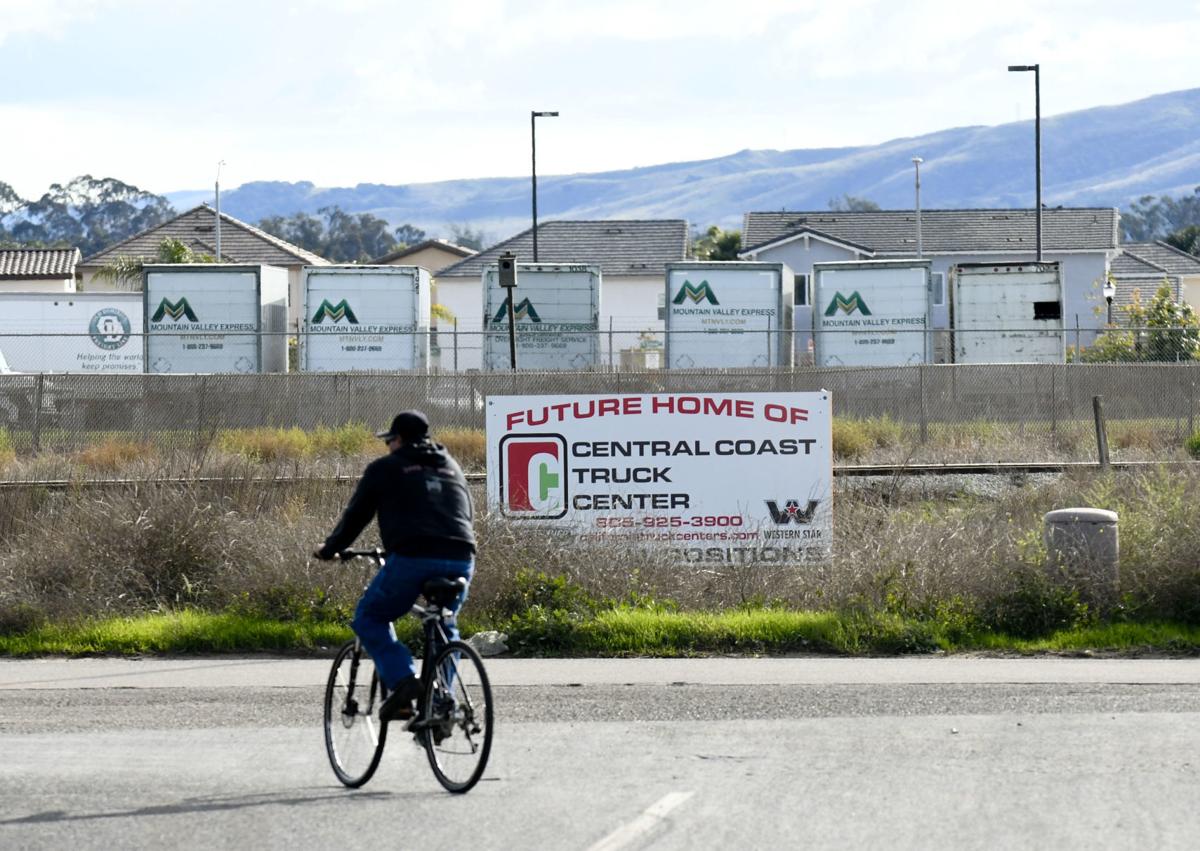 West Stowell Road where the semitruck dealership is proposed. California Truck center plans to build a commercial truck sales, rental and service facility that would employ 40 people when operating.

The Santa Maria Planning Commission has signed off on plans to construct a semitruck dealership and servicing facility on the west side of the city.

The project, which would be located in an undeveloped 9.2-acre lot south of Stowell Road and west of the Santa Maria Valley Railroad, will consist of a 40,000-square-foot facility for truck sales, rentals and repairs.

Commissioner Tim Seifert said he felt the project was appropriate for the location.

Seifert said he was concerned about traffic but was satisfied that the planned left-turn pocket for vehicles entering the dealership’s parking lot from Stowell Road would be able to accommodate the expected semitruck traffic.

“It’s a nice looking project and I can see supporting it,” he said.

Commissioner Tom Lopez said the project was a “welcome addition” to a lot that had been sitting undeveloped for a long time.

The family-owned California Truck Center began in Fresno in 1930. Since then, the company has expanded to eight locations around the state, including a service center in Santa Maria at 621 S. Smith St., near the intersection of Boone and Depot streets.

RRM Design Group Planner Pam Ricci, who represented California Truck Center at the meeting, said the company’s South Smith Street facility is too small to accommodate the range of services that it plans to offer at the new facility.

“One common misconception with the particular nature of the use is it’s often confused with a truck terminal,” she said. “It’s more akin to a car dealership where there’s the retail sales of large commercial vehicles, parts sales and the associated repair services.”

Ricci said the facility would not be doing any servicing or repairs on tractor-trailers and trucks entering the repair bays would be solely the semicabs.

The facility, which will be staffed by around 40 people, will utilize a modern, industrial architecture style.

Frank Albro, a senior planner with the city of Santa Maria, said the proposed project met the on-site parking and landscaping requirements under the city’s general plan.

Santa Maria Principal Civil Engineer David Beas said the city was still working with California Truck Center to determine what traffic mitigation fees will be charged since the project involves a unique use.